The screenshots.debian.net site is a public repository of screenshots taken from applications contained in the Debian GNU/Linux distribution and its derivates like Ubuntu.

It was created by Cristoph Haas to help people get an impression of what a certain software will look like on your desktop before you install it. Everybody can take screenshots and upload them through the upload form. So far there are about 3100 screenshots, which is actually a small number if you consider Debian Squeeze contains about 15000 source packages

After I hacked a bit on KSnapshot, the KDE snapshot tool, Sune asked me to add an export to screnshots.debian.net command. I had not thought of it before but that looked like a great idea, it would make the process or taking-screenshot, visit-upload-form, upload-each-screen so much easier!. So I started to develop my first KIPI plugin.

Here is the resulting Debian Screenshots plugin, as you would use it in KSnapshot: 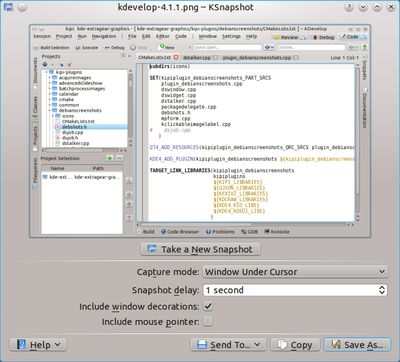 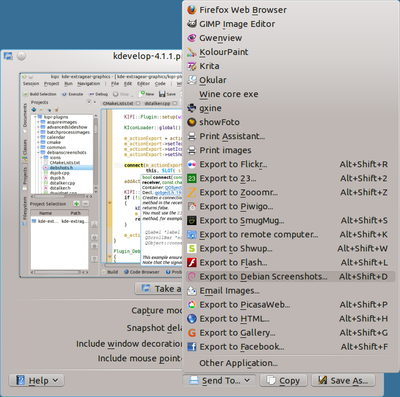 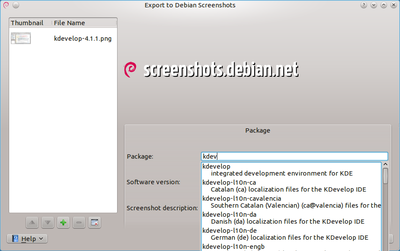 Being a KIPI plugin, it is available not only from KSnapshot but also from Digikam, Gwenview and the other applications which support KIPI plugins: 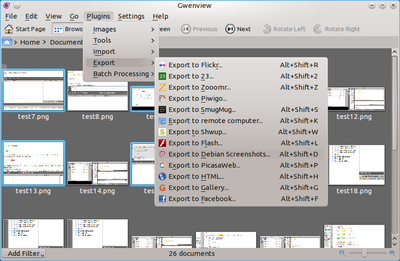 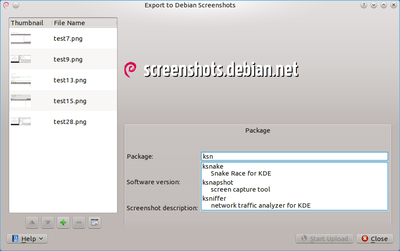 Which makes me think: what about having a debshots (the software powering screenshots.debian.net) installation over at kde.org and have screenshots for all the KDE applications? What do you think? Promo team? Sysadmins? Setting it up shouldn’t be difficult: I’m no Python or Pylons expert (I’m more of a Ruby and Wt C++ guy Þ and got it running in a VM in an afternoon, even solving some SQLAlchemy 0.6 issues.

11 Thoughts on “KIPI plugin for screenshots.debian.net”

This site uses Akismet to reduce spam. Learn how your comment data is processed.