You are browsing the site archives by month.
10Nov 2006 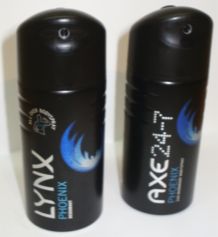 Izquierda: "You are a lynx" – Derecha: "Estás hecho un hacha"

The Parable of the Two Programmers

The Parable of the Two Programmers is a 1985 tale showing why a lot of programmers (and I’d say people in IT in general) get frustrated with their work.

We are supposed to do our work quick, diligently and perfect at the first try. But then, as we achieve those objectives, outsiders think the work was easy and there’s no merit in it and IT workers not only get no recognition or appreciation, but are even disdained. Do you still wonder why frustration and stress come?

MEME What would you you if you be rich?

Some people have a lot of things they’d like to do, but I only have one and it looks probably naive to most of you.

If I be rich, I would set up a foundation to promote Science for the average man (AKA popular science). Making scientific knowledge accessible to the average Joe is of capital importance: make Joe understand what what happens around us and what scientists are doing and maybe 10% of Joes would pursue further knowledge, therefore becoming scientists themselves.

I am particularly interested in Mathematics and Physics, although I do not disdain any subject which could be tested by the Scientific Method. That leaves Psychology, Sociology and the so-called “Social Sciences” out (btw, I’m still trying to find what “science” there is in “social sciences”, no pun intended).